The Deathshrouds are chosen by the Primarch Mortarion from the best of the best within the Death Guard and used as bodyguards for the Primarch and senior commanders.

This makes their backstory really, really characterful for the Death Guard. The multiples of seven etc. The models look in fitting with the pre-heresy Death Guard, but what about ten thousand years later? In my ongoing Nurgle marine army, you’d think there would have to be a cadre of these monsters running around, right?

Well, there are now.

Forgeworld have traditionally put up pieces of a puzzle giving clues as to models that will be released in the coming year. At Christmas 2012, the parts of the puzzle added up to this:

Keep in mind, the above are all for Horus Heresy Book One: Betrayal, hence it’s all ten thousand years ago. Things change in the Warp over time and even the most stalwart and brave of the Traitor Legions succumbed to the subtle(?) warping that Papa Nurgle bestows upon his followers. Even the mighty Deathshroud would need armour repairs etc.

The hurdles at the moment are:

Building the Post-Heresy version doesn’t require a lot of additional skill, just a bit of time.

Once the arm conundrum is sorted, we’ll be able to make at least seven (Nurgle’s favourite number) Deathshroud Terminators and Deep Strike our way to pestilent glory.

What do you think about the head/arm problem? Comments are very much appreciated!

Reference: From the Warp for the tabard sculpting ideas. They work brilliantly, too!

Please take a moment to rate this tutorial. We'd really appreciate it! 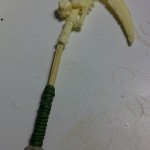 Make Your Own Power Scythe for Deathshroud Terminators 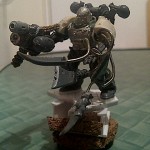 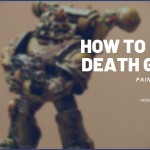 Learn How to Paint Death Guard Quickly and Easily 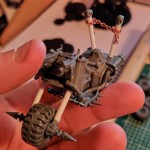 This site uses Akismet to reduce spam. Learn how your comment data is processed.

Back to Top
wpDiscuz